Clinically proven phototherapy of allergic rhinitis, Rhinolight® provides a permanent or even final solution for your allergic symptoms with its unique medical technology.

Different phototherapies have been used successfully in dermatology (psoriasis, atopic dermatitis, eczema, etc.) for decades. Scientific facts prove that inflammatory processes are very similar in the nose and in the skin. Therefore the inventors had the idea to experiment the efficient light composition to be used in the nose which treats allergy by reducing allergic complaints such as runny nose, sneezing, the annoying nasal itching, unbearable blockage and the complications like sinusitis and nasal polyposis.

During the initial research drugs and phototherapy were combined. After that symptoms of patients had significantly improved, Rhinolight® was applied in itself. Rhinolight® has a beneficial effect on a number of immunological processes in the nose. This therapy is recommended for everyone not satisfied with the current medication or those looking for an alternative treatment. The intranasal Rhinolight® phototherapy is effective for any kind of allergic rhinitis regardless of the type of the triggering allergen.

The Rhinolight® is a very high-intensity light with a special compostition. In Rhinolight® the emitted light includes a part of the visible light spectrum and a certain safe range of UV light. The Rhinolight® treatment can only be administered under medical control. It casues neither heat nor pain on the treated surface. Due to its composition, it has no tissue-damaging effect, thus it can be applied very safely for the long-term treatment of allergy patients. The Rhinolight® medical device and the relating therapeutic method are under a patent protection.

Before starting a treatment patients have to blow their nose properly and if necessary, they can use a vasoconstrictor spray to reduce the oedema of the nasal mucosa. Rhinolight® treatments have to be administered within two consecutive weeks. 4-8 treatments can be administered depending on the type and severity of allergic rhinitis. The treatment time is short, it lasts for only 2-3 minutes/nostril.

The Rhinolight® is a cold light with very high-intensity and special wavelength range. In Rhinolight® the emitted light includes a part of the visible light spectrum and a certain safe range of UV light in a special combination. It casues neither heat nor pain on the treated surface. Due to its composition, it has no tissue-damaging effect, thus it can be applied very safely for the long-term treatment of allergy patients.

The Rhinolight® treatment can only be administered by medical professionel and under medical control. It is best to start the treatments directly before the appearence of the expected symptoms. In case of already existing allergy treatments should be given as early as possible. It can occur that after the first 1-2 treatments the situation may not improve, yet the treatments should be continued until the end. It is clinically proven that the severeness of allergic symptoms are in each case relieved by Rhinolight®, however, with the increase of pollen levels the rate of worsening may be higher than the improvement caused by Rhinolight®. The overall picture will be better anyway.

The device is approximately the size of a professional music amplifier. A touchscreen panel can be found on its cover panel, which allows you to control and set treatments and related options. An optional number of codes can be generated in the instrument, therefore one device is capable of recording separate treatment data of several doctors. The special gel-filled light cable connects to the front panel of the device via a quick-action socket. The light cable is used to direct the light into the nasal cavity. 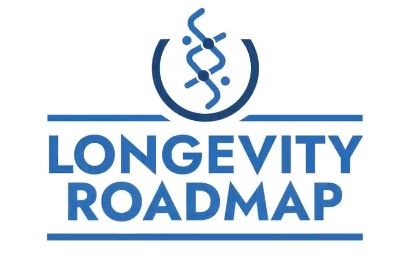 2022
All Rights Reserved Optimum Healthspan Institute
We use cookies on our website to give you the most relevant experience by remembering your preferences and repeat visits. By clicking “Accept All”, you consent to the use of ALL the cookies. However, you may visit "Cookie Settings" to provide a controlled consent.
Cookie SettingsAccept All
Manage consent

This website uses cookies to improve your experience while you navigate through the website. Out of these, the cookies that are categorized as necessary are stored on your browser as they are essential for the working of basic functionalities of the website. We also use third-party cookies that help us analyze and understand how you use this website. These cookies will be stored in your browser only with your consent. You also have the option to opt-out of these cookies. But opting out of some of these cookies may affect your browsing experience.
Necessary Always Enabled
Necessary cookies are absolutely essential for the website to function properly. These cookies ensure basic functionalities and security features of the website, anonymously.
Functional
Functional cookies help to perform certain functionalities like sharing the content of the website on social media platforms, collect feedbacks, and other third-party features.
Performance
Performance cookies are used to understand and analyze the key performance indexes of the website which helps in delivering a better user experience for the visitors.
Analytics
Analytical cookies are used to understand how visitors interact with the website. These cookies help provide information on metrics the number of visitors, bounce rate, traffic source, etc.
Advertisement
Advertisement cookies are used to provide visitors with relevant ads and marketing campaigns. These cookies track visitors across websites and collect information to provide customized ads.
Others
Other uncategorized cookies are those that are being analyzed and have not been classified into a category as yet.
SAVE & ACCEPT